The End of God?: A Horizon Guide to Science and Religion

I have seen funny videos describing the idiocy of religion and GOD , I have seen debates and talk shows about this. But this is the first time i have seen such a wonderful documentary describing so beautifully how GOD ,religion as we know is false and dissects right into the core of the issue.

As the Pope ends his visit to Britain, historian Dr Thomas Dixon delves into the BBC’s archive to explore the troubled relationship between religion and science. From the creationists of America to the physicists of the Large Hadron Collider, he traces the expansion of scientific knowledge and asks whether there is still room for God in the modern world.

The relationship between science and religion has been long and troubled: from the condemnation of Galileo by the Catholic Church in 17th century Italy, through the clashes between creationism and evolution in 20th century America, right up to recent claims that the universe does not need God.

Delving through the rich archive of programmes from Horizon and BBC Science, Thomas Dixon looks at what lies behind this difficult relationship. Using original footage from 1925, he tells the story of John Scopes, a Tennessee teacher who was tried for teaching evolution. He sees the connections between religion and American politics in the story of a more recent court case — the trial of Intelligent Design. He looks at what happens when new scientific discoveries start to explain events that were once seen as the workings of God, and explains how some of our most famous scientists have seen God in the grandest laws of the universe. Finally, he finds intriguing evidence from brain science which hints that belief in God is here to stay. 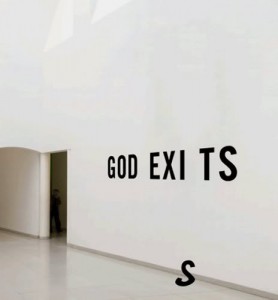 BBC has removed youtube videos , so i will leave it directly to BBC ppage itself. But only few countries are allowed to view iPlayer. Sorry to all , couldn`t find alternate video links. Direct downloads are available , but i cant post them here.