Slumdog Millionaire – Why Going Gaga Over it ?? 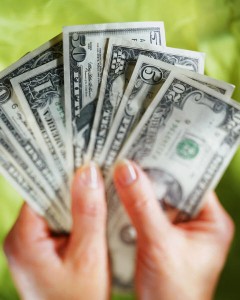 A different film with loads of information and truth in it…A film I very much liked .. but felt at one point of the time that it keeps repeating again n again… anyway a great film to watch..and a must watch film.

Yes its a film based on Indian Kid and poverty but whats that has do it with our film industry .. Only thing we have from our film industry is A.R.Rahman.. but wait , is it the first English movie he is working on ??? NO !!!

Then why is the whole India Celebrating this Oscar ( I meant to say the awards for director , film editing , Cinematography etc..)
The only true victory or say should be proud of is A.R.Rahman … and not the other things… For Your information , Slumdog Millionaire is a DAMN British produced movie and actors are Brit- Origin… now these things said .. Should we really enjoy the victory of SlumDog millionaire ?? and what have we come to ?? Depending on foreign director to uphold Indian Film industry ..!! and virtually saying that there is no good directors in India… Its a Shame!!

O.k Here is another piece of information or say a truth , There are over hundreds of films being released each and every year from the film industry …and this includes the more prominent , Bollywood , Kollywood , Tollywood… and all other wooods….
Why cant we get ONE film into Oscar ??? Isn’t that be the question of the hour ? Or say where is our film industry going towards ?
Except for HYPES ( nowadays even Dog food comes with Hype !! ) , there is not much to dwell into todays film.. Except handful of movies others are mostly commercial oriented.. anyway lets come back to SlumDog Millionaire

Yes , I do agree , its a film which involves Indian actors , Mumbai , Taj Mahal etc etc… but wait is this the only film to show all these or involve these ?? did any one know about a film called The Darjeeling Limited ? Even that too had ” India ” in it ?? and what about the film ” Mighty Heart ” which was entirely shot in India and also involved Indian Actors .!

All I am saying is lets us celebrate the things which REALLY belong to us ..
A.R.Rahman …?? Yes off course .. He should be celebrated as a HERO.But many critics from India have commented that even though A.R.Rahman has won the awards , are the Songs , OST really deserve it ?? I mean to say his works here in India is far more awesome than what was in Slumdog… and needless to say there is a part in the LIQUID DANCE song where he has taken a Tune from ” Gentle Man ” – Chiku Bukku Chiku Bukku Railae ..

Anyway we can take his award as a mush delayed Tribute to the MUSICAL KING OF INDIA!!

I don’t want to write about them here … it would only extend this article..
I don’t know when they will start showing , focusing on the real NEWS ..!!!

All I want to say to all is since because some fool over the TV is saying some Sh!t .. Don`t take it just like that .. Analyze for a moment .. All these news channel want is SENSATION to feed in and we people are really Hungry for it !!