But before i begin my review , i just want to clear few things out for all.

Things you should have in mind before buying a mobile :

I think todays world just goes by the hype and none is ready to stop and think what they and buying and why. How many times you have bought something and found it lying simply there , or you bought something which you don’t know how to use it to full potential or don’t know how to use it at all ? Here are the few things for now regarding mobile phone …

3.) Do you use GPRS ? if so how often ? ( may be nowadays all the phones comes with gprs , but remember , do you know how much it will cost for working with GPRS ? If you dont know , you better stay off , as nearly all the ISP/NETWORK in India are greedy and will scratch all your property.

4.)What is the size of the phone you are looking for ? This is important as many don’t like bulky phones , and some dont like to have small screen. So decide which one to go for.

5.) If possible try the phone and buy. Its sometimes feel good to be showoff with latest gadget , but being a “Early buyer” is like double edged sword. One thing is you can end up having a crappy product which is untested , unreviewed product. On the other side , you will have the latest product and get all the hi-tech features and take advantage , for example in case of 3G and Wi-Fi and other technology.

6.) Always do a back check on the company , and how the service is . Because of recent stories about Motorola going into bankruptcy has put a great concern both in buyer and sellers mind. Many sellers are opting out of it , that’s what i heard. 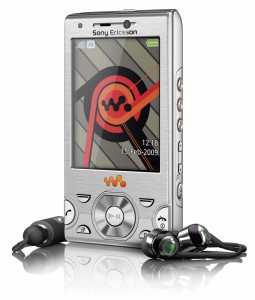 I am not going to list all the features from ability to send SMS , can take photo stuff , i am going to write about the features which i feel stands out .

1.) 8MP camera in a Walkman Phone , first Walkman to feature it and SE`s commitment towards integrating Walkman and camera series.

2.)Clear Stereo and Clear Bass for the new Media Player , which i think is the best in the whole phone.

8.)Fastest UI in a SE phone so far

9.)Last but not the least , its the first Walkman Phone to feature a 3.5mm headphone jack

1.)Too much Keys on the side

5.)Nearly useless stand on the back.

Lets get into the details shall we ?

When i got the phone , one of my friend asked me whether the phone restarts often , this idea of restart is basically due to the crappy UI of K800 and K850 ( latter being the worst ) , and now there is wide spread idea that SE phone restart a lot , hang and such things. Actually the real reason for it is when SE introduced the controversial A2 , which was mostly experimental and unstable in K850 , and i have to say that it has come a long way and been through vigorous programming and optimization . For one who switched from the initial A2 to more optimized A2 will know very first that UI is Fast and stable. Why i want to stress on this is , so far W995 has not restarted once . and i have put into many rigorous condition like running multiple games/apps along with Media player . And so far , the UI is very stable.

I will talk about the updates here itself , I have so far updated the phone nearly 3 times , and each time , i don’t know for what reason the phone is completely flashed , i mean the phone contents are removed , everything , from sms to address book to word suggestion .. everything. this is annoying since when someone is using the phone for 3-4 months and get into it with personal word suggestion words for messaging , with a simple update , they can loose all the personal word suggestion , and there is no to backup those words. other things like SMS , and all other things can be backed up using given Phone Manager.  What happened to SE , why are they deleting the whole Firmware and reinstalling from the scratch each time ? May be they don’t want old files / corrupted ones to ruin the fun , so they are clean installing , and not doping a upgrade which they used to do previously.

The 8MP , Autofocus camera is really a stand out in W series. It lacks a Flash which is the only let down , other than that , the camera features everything you see in the latest K series / C series . With Scenes , Macro Feature , Panorama ..etc. For those who want more from Camera can visit this link , where there is compilation of all Mods for W995.

Media Player – The Best Walkman Ever ..

This is the first time i feel that i am hearing a really Walkman , know the old cassette Walkman we used to hear ? , those are the best , the quality is simply awesome , coz the data there is raw and a good Walkman like Aiwa , Sony will give you the best experience. Why i am comparing w995 to old Cassette Walkman ? , actually the Quality of sound is best on those cassette player ( Provided you had/have a good Walkman player ) . I had a Costly Aiwa way back and it the best Walkman for me so far , i mean for mobile music listening.  After a long time , I was able to immerse myself with similar quality of sound with W995. The sound is superb , Loud enough , the bass Very clear at peak , No distortion at what ever the volume is . My song collection are mostly above 128 Kbps. and I have few with 320kbps. The music and quality in W995 is outstanding , mostly because of the clear bass and Clear Stereo features .

the media player is similar to one you find in PS3 , XMB type.  The media player automatically scan for all the supported files , irrespective of which folder you put in your memory card. this is actually cool , coz you don’t to specifically put in certain folder so that the phone reads. And another sweet thing about SE phones compared to lame Apple products is , SE phones doesn’t need any specific software to upload the songs to the phone.

Connectivity and Other Features :

It comes with Wi-Fi and 3G support. The Wi-Fi handling by the phone is really smooth and easy. It also supports DLNA , meaning you can now stream your favourite songs to other DLNA device like PS3 , this feature is really cool coz , i used to load all my music files to perndrive and play it through PS3 which sounds better on my big speakers. Now with 8GB card , all my songs are on my phone and whenever i want to hear them on big speakers  i stream them through PS3.

Other features include GPS , Global postioning system , which i great , but most of the time you are going to be within your city / state and chances of getting lost i every minimum. Atleast for me , its less used feature. May be could come in handy when i go on a vaccation to some different place. GPS apps like google map , Wayfinder , NearMe , Navigation , etc are bundled up for convience.

W995 has the latest java 8.4 , and really helps in for gaming and other cool functions.

It also packs in latest Browser which is really fast . Youtube player is integrated into the Media Player , so next time you are on a public wifi or college wifi , watch all those funny videos on your phone .

As i said above W995 supports Flash lite 2.1 , meaning you can now have beautiful flash themes. for mroe details , i recommend you guys to visit www.se-nse.net and www.esato.com/board , its worth registering on those sites , as they have great contents and tutorials about SE phones.

Not much to say on a slider design , but the key placements on the main panel , right below the screen , are very good , right distance , the key size and the two keys on the front row are very soft and they feel like touch keys and responseis really great. On the downside the key pad is little closely arranged and keys are very difficult to work with. And anyone comming from normal candy bar phone and messgaing with big keys will find it a little hard to message. But its not that bad.

Build of the phone is really top notch. The phone feels solid and in my case , feels like a real steel.

For the last two years , my messaging habit has gone to say 2-10 sms per day , mainly coz , sms are way too costly and i consider them as a old techs.. but W995 changed it all , with the new conversation mode. As you can see from the gallery i posted , the message now are stacked one upon other , this way the message from a friend is stacked above giving a feel of Gtalk/Yahoo messenger , this makes messaging a fun , rather than boring old SMS. ?Now my SMSing habit has gone past 20 per day. DAMN YOU SE !!! 🙂

I think i have covered most of the aspect , all i want to say is this phone is reliable and stable and if you are alone and looking out for a good music player , the best , i recommend you to go for W995 or atleast consider it , coz its really worth.

Take look at the Gallery … 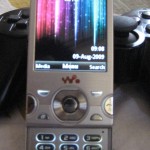 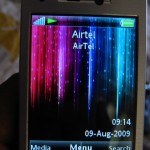 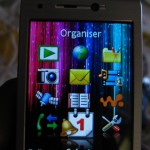 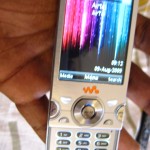 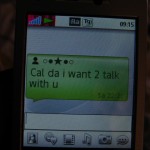 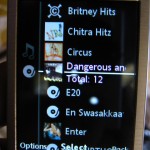 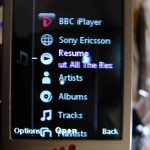 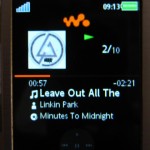 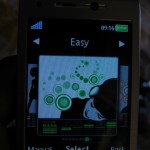 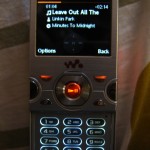 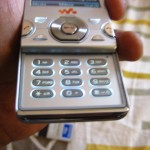 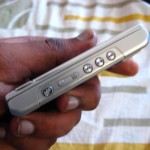 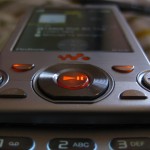 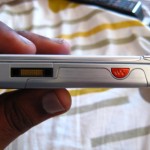 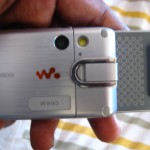 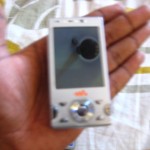 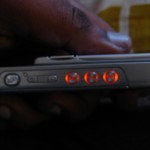 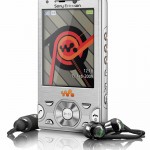 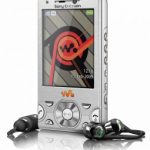